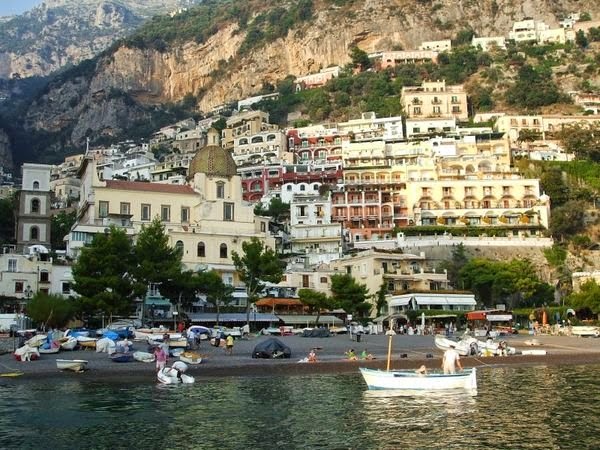 2007 we were travelling in Europe with friends and spent a few glorious days in Positano in Italy. The girls, Lorenza and Melissa went and did some shopping, while Al and I had a few beers on the balcony of our hotel overlooking the Mediterranean.

Lorenza and Melissa returned from the shopping with the news that we had been invited to a cocktail party. They had shared the lift from the hotel foyer with a gentleman named Julio, who was the president of the local Chess Club. In the short lift ride he had explained that the chess club was holding a cocktail party in honor of their special guest “the worlds strongest female chess player”. Julio told them “they simply must come along with your partners”.

The story that Al and I got from Melissa and Lorenza about this invitation was hilarious. Both Melissa and Lorenza had two completely different interpretations of what the “strongest” female chess player meant. Melissa had pictured a woman akin to a weight lifter, who played chess using real people as the pieces, picking them up using her amazing strength to move them around a giant chessboard. Lorenza’s version was that she was the “strongest” player because she had taken on so many great male and female chess players and defeated them all.

So, in order to find out the truth we decided to attend the cocktail party. We did our best to find clothes suitable for such an event in our luggage. I had no black tie outfit, so the best I could do was a clean pair of jeans and a linen shirt. Luckily, once we arrived on the terrace above the beach we found out that cocktail parties are fairly relaxed affairs in Positano.

In attendance were the local mayor, the police chief, the commander of the customs police, and a few other local dignitaries. Also, we met a chess journalist and his wife from Switzerland, a well-known Italian TV presenter, and some members of the local chess club. The guest of honor turned out to be our neighbor back at our hotel. Her name was Judit, and was visiting Positano with her husband and two children, having been invited to holiday there by Julio and his fellow chess club members.

During Julio’s welcoming speech to Judit he made mention of the four Australians who had joined the party and asked everyone to make us welcome. They certainly did, we found that the local chess fanatics are a very friendly and welcoming bunch.

So, we found out all about the international world of chess. I asked Judit what makes a great chess player, her response - “patience and decisiveness”. Two local musicians playing guitar and piccolo entertained us. Julio told us all about his adventures in the sixties when he acted as the local guide and contact for the Rolling Stones. Some of the other locals told us about which famous person owned this or that villa in Positano and some stories of the celebrities who had visited the town over the years.

We had a fun night with this crowd and bumped into many of them during the course of our stay in Positano. It was good to have been welcomed by such friendly people and be able to chat with them over the next few days.

You can find out all about this famous chess player here ... Judit Polgar

Email ThisBlogThis!Share to TwitterShare to FacebookShare to Pinterest
Labels: A Chance Meeting